What You Should Know about Refrigerants 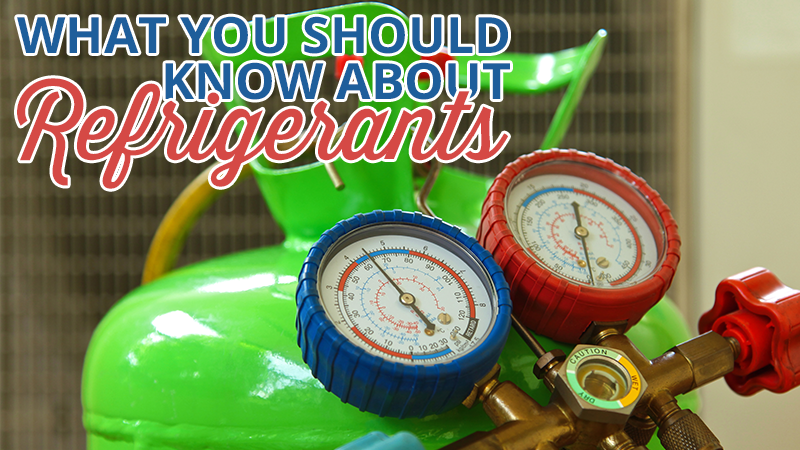 Over the past 28 years, developed countries have been working to reduce their production and consumption of CFCs (chlorofluorocarbons), which are known to deplete the ozone layer and contribute to global warming. The Montreal Protocol, which was signed in 1987, requires nations to achieve a certain percentage of progress towards the total phaseout of CFCs.

Included in the soon-to-be-phased out CFCs is HCFC-22, also known as R-22, a colorless gas commonly used as a refrigerant. As of 2015, R-22 is no longer allowed to be installed in new air conditioners or HVAC systems. In fact, the production of R-22 will cease entirely at the end of 2019, and this can have an impact on your HVAC unit.

What Can Consumers Do About the End of R-22?

Between now and 2019, consumers don’t necessarily need to panic. The refrigerant is still available, and if an HVAC system should need recharging, your HVAC contractor can continue to use R-22 for that purpose.

It is important to point out that not all HVAC repairs require refrigerant. Many are simple part replacements that do not involve the condenser.

HVAC and the Clean Air Act

The HVAC and AC repair industry is switching from HCFCs to non-ozone depleting chemicals. The new poster child for HVAC units is a non-ozone depleting refrigerant called R-410A. It might not seem like a big deal to switch one chemical for another, but that is not true. The switch from R-22 to R-401A is a big deal, and it requires replacement of air conditioners and heat pumps that were designed to work with R-22. That is a concern for consumers because it means potentially replacing rather than repairing existing heat pumps and air conditioners.

What Should You Do For AC Repair and Service?

The best thing to do is to talk with a quality HVAC contractor. There is still plenty of time left for general repairs of existing equipment to take place. The real question for consumers is going to come down to when will their systems need to be replaced.

The legislation does not require that old HVAC systems be removed and replaced, so long as they are functioning. They simply are ceasing the manufacturing of R-22, which can cause some systems to require replacement rather than repair.

Currently, HVAC service is not affected. People should continue to have their systems serviced and then take the opportunity to talk with their HVAC contractor about longevity and replacement. All HVAC systems need replacing at some point.

In the meantime, consumers don’t need to worry. If your HVAC system needs to be replaced then simply make sure the new system comes with the non-ozone depleting R-401A rather than R-22.