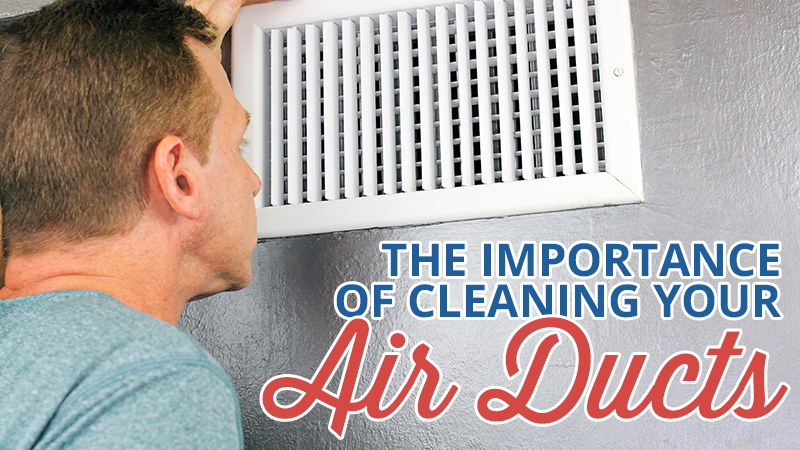 Even though it might be apparent that an air duct cleaning would be good for the health of an HVAC system, homeowners tend to put it off when the immediate benefits seem low.

It’s often not until the AC is running around the clock that cleaning the ducts is given thought, and that’s months after the idle dust from the winter hiatus have been pumped into your home. To help push the cleanliness of your air ducts to its proper position on your list of household tasks, just think of how a pristine pathway for your HVAC system’s hard efforts will reduce your energy consumption and your utility bills.

The most insidious source of AC system malfunctions is the small particulates that float through the household air and gather inside the air ducts. Eventually, these granules of terror can make their way into more sensitive equipment and physically inhibit their operation.

These parts will work harder, generate more heat and have a much higher likelihood of suffering a major malfunction. Wiping out all of the dust collected inside the airways can keep the levels low enough to avoid excess strain on the equipment.

Replacing a single compressor can cost more than $1,000 for parts and labor, so anything that can be done to avoid injuring this vital component should be given priority. You won’t have to replace your air filter as often, either!

Improves Efficiency of the AC System

While small and light, dust is still substantially more solid than the mixture of gasses and liquids that run through your AC. When the fuzz starts to strangle the working components and clog the airways, your AC has to work harder to achieve the same level of cooling. That’s if it’s even possible with the shackles of the cloak of dust.

As noted above, this can cause damage to these parts over time, but it also causes what is already probably the highest contributor to your electrical bill to draw on even more energy. Sweeping out the dust regularly will help keep your electrical bill at a reasonable level.

Essential for Spotting Damage and Breaches

Identifying a tear that would allow air to escape through it is a difficult prospect even with spotless ducts, but it can be nearly impossible with a few layers of dirt and grime piled up along the walls. A thorough cleaning is the first step to finding the damage.

If your duct cleaning service happens to be provided by a fully-rounded HVAC company like Metro Comfort Systems, you can combine sprucing up with a wall-to-wall investigation for any leaks in the ducts. You may be surprised by the cost increase that one stray stream of cooled air can inflict on your electrical bill. Once identified, though, it’s a simple task for Metro Comfort Systems to eliminate the source of the leak.